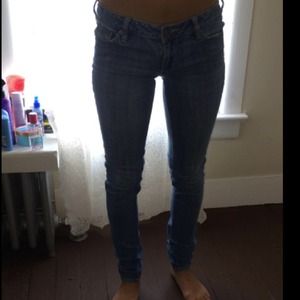 Blue comfy jeans, skinny jeans.. They're like new! Nothing wrong with them.
|||