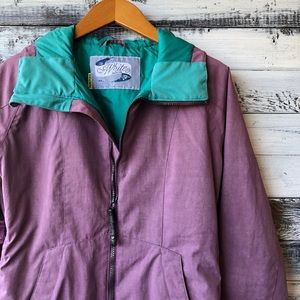 I wore this once or twice but it in brand new condition. Gorgeous jacket, bright contrasting hood/inner lining. No flaws. Perfect snow snowboarding/ski jacket
|||