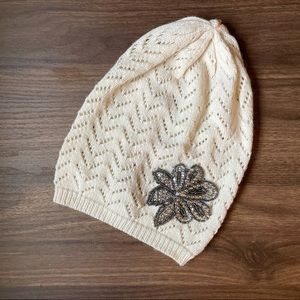 Ivory/Cream knit hat with beautiful beaded and rhinestone appliqu! NWOT- Never Worn (too big- I have a small head )
|||